Is there anything too hard for God? 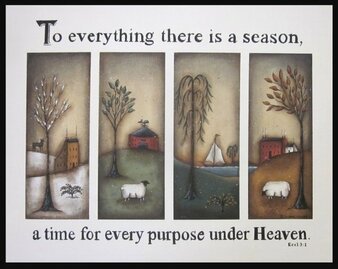 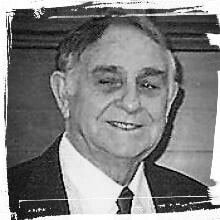 Ben Sutton was a drunkard, a fighter and a gambler. His life was
​transformed by a sign “Guinness Time” which God used to speak to him.

One Saturday morning Ben started drinking in a Public House called the “Winter Gardens” in South Shields. It was there where it happened. He looked up at the clock. He noticed that there was an advertisement sign for Guinness beer. Now and again around the clock appeared the words “Guinness Time”. 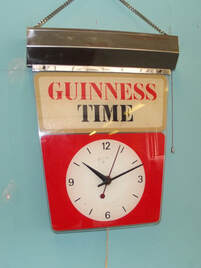 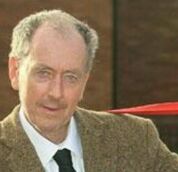 He began to think about time. When did it start? Where would it end? Then suddenly, like a bolt out of the blue, one word thundered into his mind ETERNITY. He realised that he was not ready to meet with God. He felt an acute sense of guilt. He remembered that several years before his brother-in-law had been “saved” and had asked Jesus into to his life. He went to his house, Ben Sutton says “I knocked on his door and remember saying something like “Can you tell me about Jesus”. And tell me about Jesus he did, until 2:30 in the morning”. Ben Sutton goes on to say “ I have been in close proximity many times to bursting bombs and exploding shells but never felt the shock such as I experienced when the searchlight of God’s holiness shone into my sin blackened heart”. On the following Sunday Ben went to Bethesda Chapel in South Shields. On hearing the preacher Ben Sutton says,
“I could see myself, my sin, my helplessness, my need.”

Ben Sutton heard the words of Jesus “Peace be still” and accepted Christ’s forgiveness. In his own words,
“The one who truly believes in the Lord Jesus, has peace with God”

Ben came to the cross of Jesus and left there his burden of sin. He says,

“One moment I was a helpless, hopeless sinner, bound in the chains of sin, then Jesus came and I stood up - A new creature in Christ Jesus”.

[Ben Sutton later became a Gospel preacher, and God used him to lead many people to Christ]

In 1960 Rob Jones was ten years old and used to visit the Gospel Hall in Hume Street, Smethwick, Sandwell. There was a mid-week service and the speaker was Ben Sutton.

Rob asked Jesus into his life. When Rob was sixteen he was baptized. At the age of eighteen Rob was a counsellor at the Billy Graham crusade and led four young children to Christ.

ANSWER TO QUESTION – Is anything too hard for God?

NO nothing is too hard for God!

God used a “Guinness Time” sign to save Ben Sutton and God used Ben Sutton to save a ten year old boy.
What a wonderful God!


Ben and his Wife eventually moved to Manitoba where his preaching and teaching ministry extended across North America.