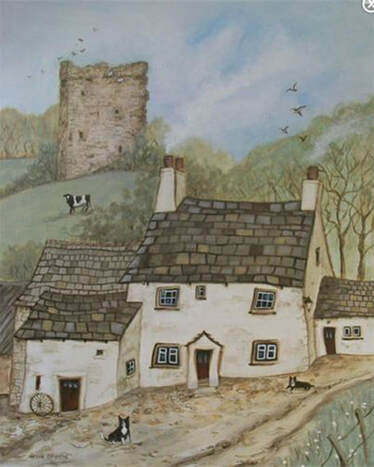 A motto for a new year
Mottos play an important role in everyday life, whether it be the “Every little helps” of the supermarket giant Tesco or the military motto  “Who dares wins” of the S.A.S.

In the early 16th century there emerged a motto which was to have a life changing impact on the lives of thousands of people.  This motto was as follows:
​
“Scriptura sola, gratia sola, fide sola” or in English,
“The Bible only, grace only, faith only”
​ 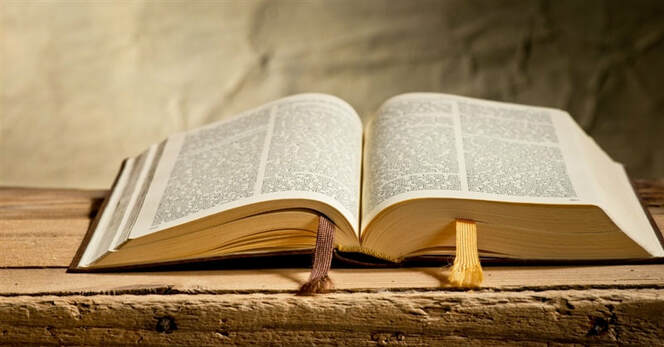 For the Christian the Bible is the ultimate authority on all matters of belief, doctrine and moral behaviour.  The Book of Revelation makes it very clear that we should not add to it or subtract from it.
According to 2 Timothy 3 v 16 the Bible is inspired by God or “God breathed”.
John 5 v 39 affirms that the Lord Jesus Christ is the key to the whole of the Bible.  The main theme of the Bible is the salvation of the world through the work and person of our Lord Jesus Christ.  The Bible has had a beneficial and lasting influence on our society.  Many of our laws are based on biblical principles and in the 19th century we were known as “the people of the Book”.  For centuries the Bible was not available to the common man or woman but was in the hands of an elite few.
It is a great pity that we have lost the excitement and wonder that we should have concerning the Bible.  After all, the Bible is a book given to the world by God Himself.

​The wonder of the Bible was not lost however on Billy Bray, a Cornish farm labourer (1794-1868) who as a preacher was known as “the man with a shout”.  On one occasion he danced around a Bible in the market square in Truro, Cornwall.  He never forgot that God had saved him by hearing the Bible message about Jesus.

Today the Bible is freely available to all and God will ALWAYS bless the distribution of His own precious Word (Isaiah 55 v 11).

Grace only
​
The doctrine of grace is both a vital and distinctive Christian teaching.
The hymn “Amazing Grace” was written by John Newton who was once the captain of a slave ship but was converted miraculously .

​Five things can be said about God’s grace:

(a)     Without Jesus there is no grace (John 1 v17)
(b)     Without grace nobody can be saved
(c)     The grace of our Lord Jesus Christ is rightly part of the Trinitarian doxology – 2 Corinthians 13 v 4
(d)     Grace means that we receive what we do NOT deserve – God’s Riches At Christ’s Expense.
(e)     Everything to do with grace is FREE:  forgiveness of sin, salvation, eternal life, God’s Holy Spirit

No wonder we call it “AMAZING GRACE”! 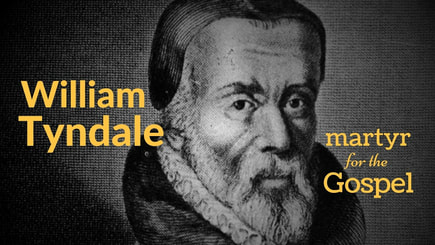 When you are facing an horrific death it helps you to concentrate on what really matters.  William Tyndale brought us the first complete English New Testament in 1526 and in fact translated most of the Bible into English.
​
It has been estimated that 80% of the beloved King James version is due to William Tyndale.
Shortly before his execution on October 6th 1536 he made two stark statements. As he was being led out to be burnt at the stake he said “Lord, open the King of England’s eyes”.  He made also another equally dramatic statement “That we are justified by faith only is the key to the healthy understanding of sacred scripture”.
​
Thomas Cranmer, Archbishop of Canterbury, came to the same conclusion as Tyndale and in his 39 Articles he states –
“That we are justified by faith only is a most wholesome doctrine and very full of comfort.
​
Four things can be said about faith:
God STILL counts for righteousness those who believe in Christ. 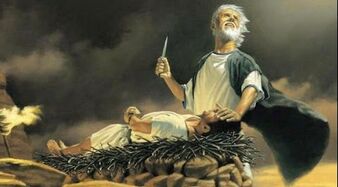 The above scripture and statement remind me of the end of Indiana Jones and the Last Crusade.
Flashing back to Indy’s father, Henry, as he lay dying, calls out to his son, “You must believe, boy. You must…believe.”
​
Indiana realizes, “It’s… a leap of faith” 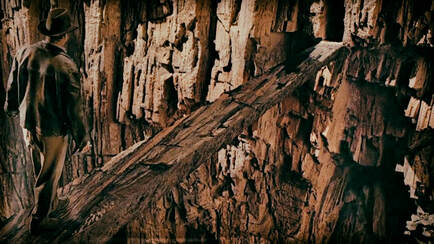 Even though he is petrified he will fall to his death, he slowly raises one foot and cautiously steps out into thin air…only to be surprised that a bridge is under his foot. Totally relieved, he safely passes to the other side.

This movie reminds me that only when we step out in faith into the unknown, to cross some great abyss, does God place that solid rock beneath our feet.

How much faith will you have to step out in the New Year? Stretch out that foot and put one in front of the other.    Walk with faith!


As we begin 2019 the church can take giant strides forward if we arm ourselves with “the glorious gospel of the blessed God” (1Tim 1 v 11) and a confidence in “the Bible only, grace only and faith only”. 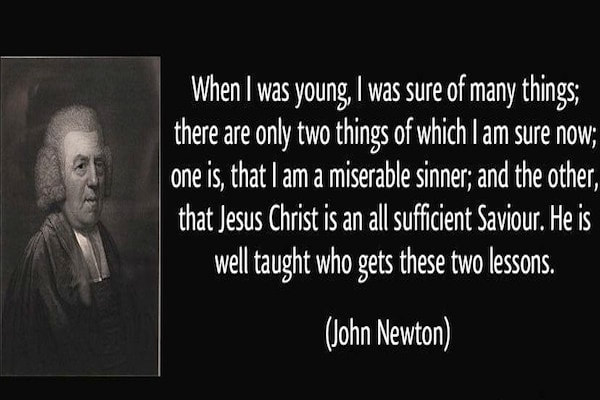