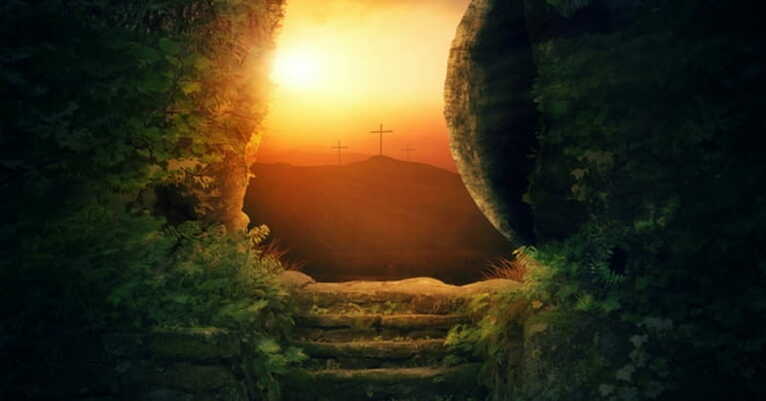 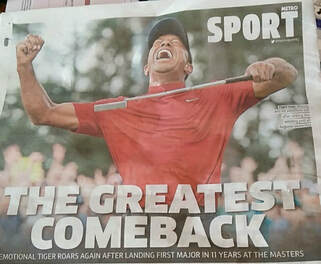 Sunday the 14th April 2019 witnessed probably the greatest sporting comeback of all time.  Tiger Woods won his 15th major title in golf, his first for 11 years.

Many people had regarded Tiger Woods as figuratively “dead and buried”.

He had been ranked outside the world’s top 1000 golfers and had even got himself into trouble with the police.  In the words of the “Metro” “Tiger Woods gave sport one of its great REDEMPTION stories” - THE GREATEST COMEBACK IN WORLD HISTORY.

​
The 19th April 2019 is Good Friday which celebrates the greatest event in the history of the human race.  Jesus, like Tiger Woods, had been considered “dead and buried”, finished.  How wrong could people have been?

After 3 days Jesus came back from the dead, in the power of an endless life, a life which Jesus offers to all who trust in Him as their Lord and Saviour.

​The message of Easter is summed up with a single Latin word “Vivat”,  which Martin Luther’s wife Katharine had placed on the front door.  In English the word means “He lives”.  The apostle Paul sums up THE GREATEST COMEBACK EVER with the following words:

“Christ died for our sins according to the scriptures, that He was buried and that He rose again the third day” (1 Corinthians 15 vs 3 and 4).

Tiger Woods REDEMPTION came as a result of sheer guts and determination to succeed.

The REDEMPTION OF THE WORLD came as a result of Christ’s death on the cross and His resurrection.   Without the death of the PERFECT Son of God the IMPERFECT world could NOT have been saved.

Christ died “ONCE AND FOR ALL” so that we could ALL enjoy God’s presence for ever.
​
What a wonderful Saviour!